a) Generally, taxes are levied as a compulsory levy on individual units for the conduct of governance related business. b) Taxes are generally considered as a means of revenue growth in the budget, but they also affect the economy of the nation. c) The purpose of levying tax is to collect money for development works and to remove the inequality of the nation as far as possible. That is why those who have more income have to pay a higher amount of tax than those who have less income.

a) The overarching objective of taxation based on the harmony of other policies of the government is to maximize the welfare of the people.

b) For the due performance of material works, the government gets financial strength only through taxes.

c) At the same time, social and economic wellbeing is also done by taxes because taxes reduce the extreme economic inequalities prevailing in the society, which helps in establishing economic stability in the nation by stopping the tendency of catastrophe and wartime accumulation.

a) Much later in the history of mankind, the government had resorted to taxes to increase revenue, especially such taxes which were properly levied and in respect of which the consent of the ruled was taken.
i) For centuries, revenue was collected mainly from the public sector, with excise duties levied on goods of domestic consumption and customs duties levied on foreign trade.
ii) It was considered the duty of the slaves, subordinates, farmers, conquered and other privileged people to feed the people of the ruling class with fees etc. Recognizing taxes not as a bond of slavery, but as a mark of freedom is a thing of the modern era.

b) In India also, the present direct tax system has been running in one form or the other since ancient times. There are references to many types of taxes in both Manusmriti and Arthashastra.
i) Manu has said that according to the scriptures, the king can levy taxes. He advised that taxes should be related to the income and expenditure of the subjects.
ii) Manu has cautioned the king against excessive taxation that both extremes i.e., complete absence of taxes and excessive taxation should be avoided. According to him, the king should make such arrangements for the collection of taxes that the subjects do not feel difficulty while paying the taxes.
iii) He said that traders and artisans should get one-fifth (20%) of their profits in the trade of silver and gold, and one-sixth (16.67%), one-eighth (12.5%) or tenth (10%), depending on your circumstances, should be paid as tax.
iv) The following verse are important with respect to taxes: –

c) Commenting on the taxation system in ancient India, noted author K.B. Sarkar in his book ‘Public Finance in Ancient India’ (1978 ed.) has written that: – “Most of the taxes in ancient India were highly productive. The mix of indirect taxes with direct taxes in the tax system was safe and flexible, although there was more emphasis on direct taxes. This was the broad base of the tax system and covered most of the individuals. There was diversity in taxes and the wide variety of taxes reflected the lifestyle of a very large and mixed population”.

d) A large part of the Arthashastra composed by Kautilya is devoted to financial matters including financial administration. i) According to political experts, in the Mauryan system, as far as agriculture is concerned, the ownership of land was in a way with the state and the collection of land revenue was a major source of income of the state.
ii) The state did not collect only one part of the agricultural output, which was generally one-sixth of the agricultural produce (16.67%).Taxes were also collected from forest produce and mining of metals etc.
iii) Salt tax was also an important source of revenue and was collected at the point of its extraction.
iv) Kautilya has discussed in detail the trade and commerce being conducted with other countries and the active interest of the Maurya Empire in promoting such trade. Goods were imported from China, Sri Lanka and other countries and a levy was levied in the name of ‘Vartanam’ on all foreign goods imported into the country. Another levy called ‘Darvodaya’ had to be paid by the concerned trader importing foreign goods. In addition, to enhance tax collection, duty was imposed on all types of boats.
v) Before the arrival of the British in India in the middle of the 18th century, apart from the land tax, different types of direct taxes were also levied in different parts of the country. But in all this, Bhumikar was the main one. For some time, the British continued with most of these levies but later stopped them. There was a time when apart from land tax, no other direct tax was accepted in the country. Income tax was first introduced in India in the year 1860. In 1886, it was made a permanent part of the Indian tax system, but before that it was used in small amounts from time to time to redress the economic difficulties arising in the system. During the First World War, the importance of this tax increased due to the excessive increase in the expenditure of the government and it became a major source of revenue growth. Proportional rights (supertax) were introduced in 1917 and access profit tax in 1918.
vi) A Consolidated Act was passed in 1922 to regularize the system of levy and collection of income tax in India. Known as the Indian Income Tax Act 1922, this act remained in force till 31 March 1962. It was amended from time to time and in the end, it became necessary to change it. In September 1961, the President gave his assent to the Income Tax Act 1961 and with effect from 1st April 1962 this new Act replaced the Act of 1922.

a) The visible distinction between direct and indirect taxes is one which is very prevalent. Normally direct tax has to be paid by the person on whom it is levied. Indirect tax is that which the real tax payer collects it from others either by increasing the price of the goods or by giving less value of the goods himself and remains free from this tax. Even then very often it becomes very difficult to decide whether the tax is direct or indirect.

b) In practice, taxes related to income, death, gifts and land are treated as direct. Consumption taxes are generally considered indirect. Generally, direct taxes are based on the principle of charity. 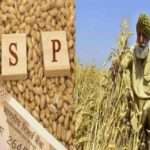 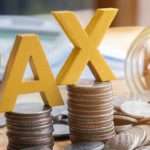